Although there is no known cure for the disease, a new program at FMC helps to restore muscle control and stability 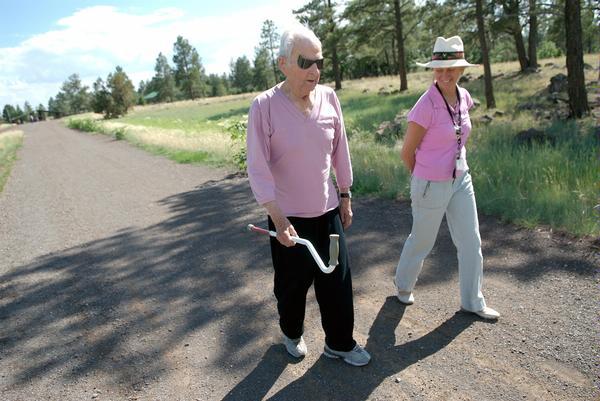 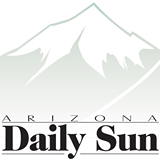 Special to the Daily Sun

“What can you do to make your movements bigger?” Thomann asked, then watched.

“That’s right, hold your chin up and extend your hand. Catch those raindrops,” she encouraged in a loud, firm voice with a positive bent. “Are you tired or thirsty?”

This is the point of Think Big, the new program to bring Parkinson’s Disease sufferers back into the world they knew before diagnosis. It’s not the dramatic things that cut the deepest with compromised health; it’s the frustrations they bring to simple pleasures.

Think Big builds confidence through exercises for stability in functional activities. For Gold to stand without falling, stride across a room and pour water into a glass is a hierarchy of tasks. One skill builds upon another, incorporating social and community interaction.

“Larry needs to be able to stand up and shake people’s hands,” Thomann said.

The lean 90-year old, dressed in black sweatpants and a long-sleeve T-shirt, took a large step, spread his arms and announced, “Ta da!”

Thomann retrains patients to speak louder, use bold movements and interact. Parkinson’s tends to make people shrink and go quiet because they experience a disconnect between intended action and actual performance. In small ways, a stride turns into a shuffle. And too soon, a life is relegated to the couch.

FROM SMALL TO BIG

“Their brains see small motions as normal,” she said. “We train them to move in a giant way, which scales back to normal output as a smooth and coordinated movement. At first, they have to think about it. Then, it becomes habit. I cue them, but with time, they self-correct.”

Thomann was accredited in April, about the time Larry Gold was diagnosed with Parkinson’s Disease, although he now realizes his symptoms began five years earlier. A hospital administrator at FMC from 1965 to 1982, Gold stands among the first graduates of the course and will follow up at scheduled intervals.

Gold loves hiking and began trekking the Grand Canyon at age 9. Since then, he has traversed the chasm 25 times, taking his last trip at 85. This motivates him in his therapy, so hiking at Buffalo Park became his initial goal.

Before starting out, Gold slid on his wraparound sunglasses and pushed a woven hat with a snazzy band over his white hair. Daily reinforcement of the exercises plus the support of family and friends creates success, so wife Joni walked with him.

Speaking softly, she said, “He’s so much better about getting around the house. I don’t hear, ‘I can’t’ anymore. And he hasn’t fallen since the program. He used to fall five to six times a week.”

“When he forgets (to Think Big), I run a finger down his back, and he straightens up.” said Joni, demonstrating her gentle touch.

Gold’s hat blew off and Thomann made him pick it up. She slapped it on her own head as they moved down the gravel trail. They laughed, and she reminded her hiking partner, “The rocks aren’t a problem if you take big steps. You’re more stable.”

When they rested, Gold said of Thomann, “I can come in (to therapy) down in the dumps, and she takes over. Big makes you feel good.”

Thomann’s theory, “Life moves ahead one big step at a time.”
No known cure, but research is exploding:

Parkinson’s Disease, a motor system disorder, results from a loss of dopamine-producing brain cells. There is no known cause or cure for the progressive, chronic illness generally afflicting those over the age of 50. Former Attorney General Janet Reno, Pope John Paul II and Muhammed Ali joined Michael J. Fox as high-profile sufferers.

There are no definitive tests for PD, so history and a neurological examination form the diagnosis. About 1.5 million Americans are affected while another 3 million display symptoms. These can show up mildly for years before a diagnosis, and there is presently no way to halt or reverse their development. Symptoms include tremors of the jaw, face, legs and arms or stiffness of the limbs and trunk, slowed movement and impaired balance.

Basics such as walking and talking are compromised, and sufferers run the risk of injury from daily activities. Problems with the skin, chewing, swallowing, urination and constipation plus the emotional toll of depression may also follow.

Drugs and surgery are not universally effective, and previous complex physical therapy yielded mixed results. Still, after a static period, research is now exploding and ranges from its cause to treatment and prevention.