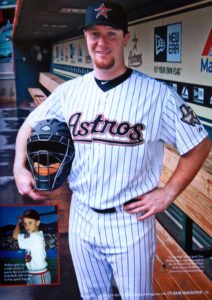 When he graduated from Cy-Fair High School in 2006, Chris Wallace only dreamed of someday having his name on a Houston Astros baseball card. This year, that dream will become a reality when the catcher joins the team he grew up idolizing.

Wallace opted to stay close to home for college and attended the University of Houston. In four seasons of starting with the Cougars, Wallace had a career .291 batting average and was named to the 2009 All-Conference USA Second Team. He was a 16th round pick in the 2010 Major League Baseball First-Year Player Draft. END_OF_DOCUMENT_TOKEN_TO_BE_REPLACED 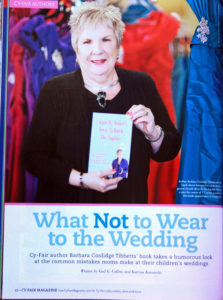 As my son’s wedding day drew near, I faced the need for an appropriate dress to wear. Giving my firstborn to another woman was hard enough, but finding a striking gown in which to offer him up overwhelmed me. In desperation, I chose clothes to match the wedding party. To this day, I am still horrified by photos showing me looking more like a bridesmaid than my son’s guest on his big day. END_OF_DOCUMENT_TOKEN_TO_BE_REPLACED