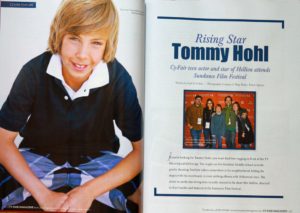 If you’re looking for Tommy Hohl, you won’t find him vegging in front of the TV like a typical kid his age. You might see the Hamilton Middle School seventh-grader shooting YouTube videos somewhere in his neighborhood, hitting the slopes with his snowboard, or even rubbing elbows with Hollywood stars. The down-to-earth, fun-loving teen recently starred in the short film Hellion, directed by Kat Candler and featured at the Sundance Film Festival. END_OF_DOCUMENT_TOKEN_TO_BE_REPLACED