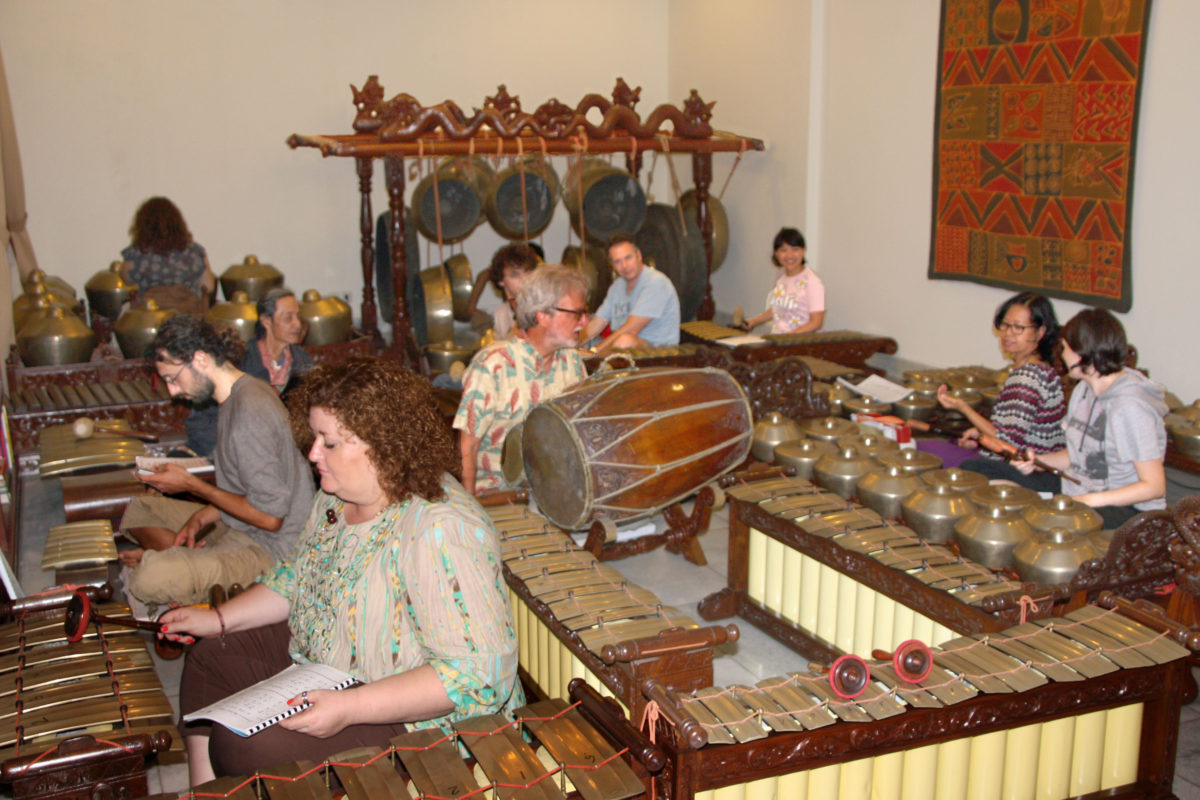 As Pak Parno threads his way through the gamelan, he claps his hands to guide the tempo and calls out to beginners who have lost their place in the music. Eyes focus on notes as mallets tap out a lancaran or simple song. The cyclical melody is carried by the metallophones, embellished by the ringing tones of bronze, knobbed kettles. This is punctuated by hanging gongs and led by the beating of the kendhang drum. Repetitive lines pulse on counts of two and four. These crescendo and accelerate before winding down to pause for the strike of the massive gong gede, followed by the musicians’ final note. It is mesmerizing music. END_OF_DOCUMENT_TOKEN_TO_BE_REPLACED

Tavern Fare Gets the Gourmet Treatment 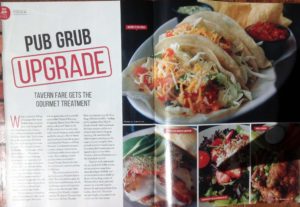 When it comes to lifting a Guinness on Saint Paddy’s Day, everyone flirts with being Irish. And according to the Census, 34.5 million Americans actually call themselves Irish. That’s seven times the population of Ireland. So, Americans are right at home in a pub. The term pub is short for Britain’s public houses, which the working class frequented. These neighborhood watering holes also served meat pies and fish and chips to mop up the beer. It wasn’t fancy, but it was filling. Now with food the star of its own television channel, bar snacks, pub grub and game munchies have received an upgrade. It is still based on traditional eats, yet these reinvented classics boast high quality, inspired ingredients. END_OF_DOCUMENT_TOKEN_TO_BE_REPLACED 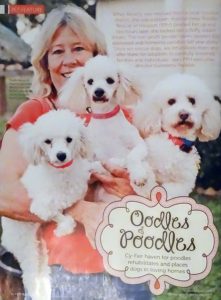 When Beverly was rescued from a local Houston shelter, she was a brown, matted mess. Poodle Rescue of Houston (PRH) cleaned her up, and two hours later, she looked like a fluffy, cream dream. The non-profit haven assisted 800 distressed and homeless poodles last year alone. “Once we rescue dogs, we rehabilitate them and offer them for adoption to carefully screened families and individuals,” says PRH Executive Director Guinette Peebles. END_OF_DOCUMENT_TOKEN_TO_BE_REPLACED

When Leslie Reames ran her first 5K race two years ago, she looked around her at the 10K racers at the YMCA Turkey Dash and wondered how she could ever double her distance. But joining the Cypress Running Club (CRC) gave her the support and know-how to do just that and more.

A year later, Leslie was hoofing it in the Rock ‘N Roll Series Marathon in San Antonio. She felt her strength flagging at the 21-mile mark, when she spotted a member in the club’s signature neon shirt, snapping photos and cheering her on. It pumped Leslie up and pushed her across the finish line. This is CRC in action. END_OF_DOCUMENT_TOKEN_TO_BE_REPLACED

Students at Cy Woods High School rev up a gym packed with an audience of high schoolers. Multiple performers take to the stage, including the talented vocalist, Holly Tucker, from the hit show, The Voice. It would be easy to think it is just teens groovin’ to the tunes. This is a benefit event, hosted by an abolitionist group with a mission to inform, fundraise, and contribute to combating human trafficking. Ironically, these kids could be exploited by the trafficking trade in another set of circumstances. END_OF_DOCUMENT_TOKEN_TO_BE_REPLACED

Veronica Sanchez didn’t know she had a problem until she was admitted to the hospital with her second heart attack. The 51-year-old had recently passed her annual check-up, when she woke in the night with chest pressure and nausea. She crawled to the bathroom, and then, watched some television, hoping to feel better. When Sanchez’s left arm went numb, she alerted her husband, who took her to the emergency room. There, she learned that most women don’t wake up during such an episode, and this saved her life. END_OF_DOCUMENT_TOKEN_TO_BE_REPLACED