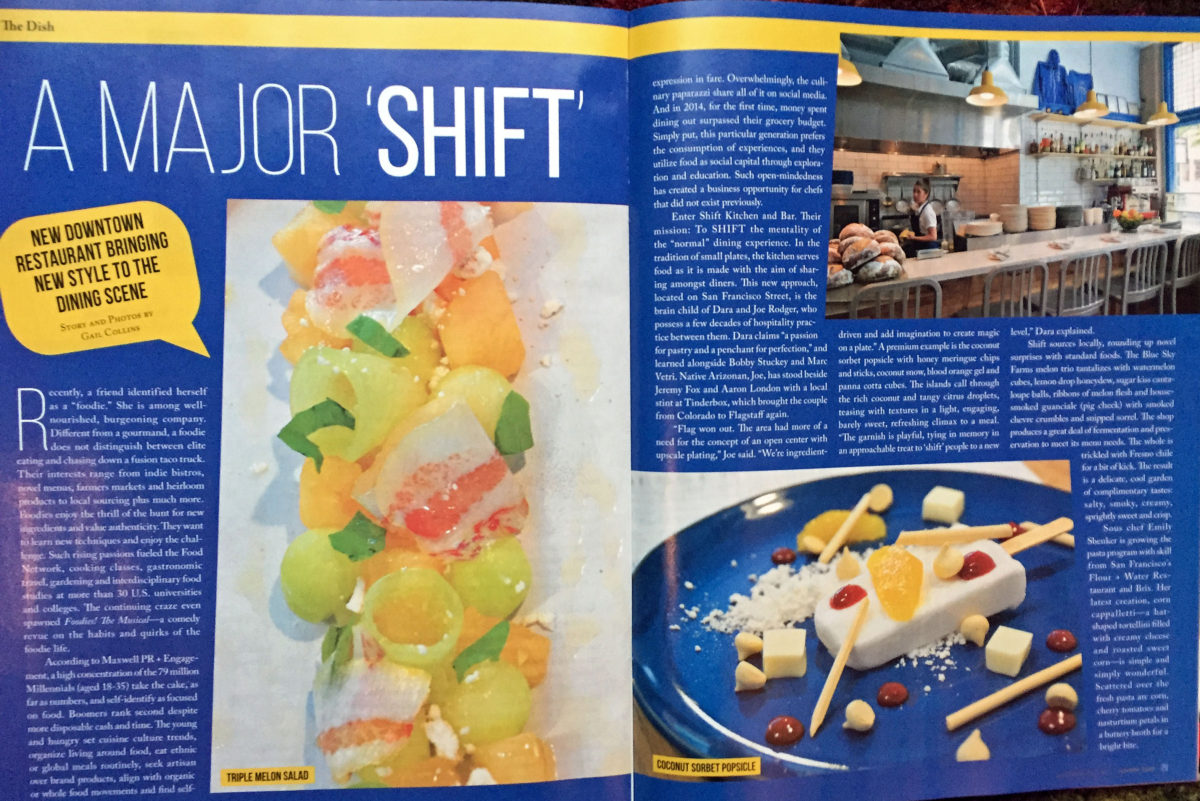 Recently, a friend identified herself as a “foodie.” She is among well-nourished, burgeoning company. Different from a gourmand, a foodie does not distinguish between elite eating and chasing down a fusion taco truck. Their interests range from indie bistros, novel menus, farmers markets and heirloom products to local sourcing plus much more. Foodies enjoy the thrill of the hunt for new ingredients and value authenticity. They want to learn new techniques and enjoy the challenge. Such rising passions fueled the Food Network, cooking classes, gastronomic travel, gardening and interdisciplinary food studies at more than 30 U.S. universities and colleges. The continuing craze even spawned Foodies! The Musical—a comedy revue on the habits and quirks of the foodie life.

According to Maxwell PR + Engagement, a high concentration of the 79 million Millennials (aged 18-35) take the cake, as far as numbers, and self-identify as focused on food. Boomers rank second despite more disposable cash and time. The young and hungry set cuisine culture trends, organize living around food, eat ethnic or global meals routinely, seek artisan over brand products, align with organic or whole food movements and find self-expression in fare. Overwhelmingly, the culinary paparazzi share all of it on social media. And in 2014, for the first time, money spent dining out surpassed their grocery budget. Simply put, this particular generation prefers the consumption of experiences, and they utilize food as social capital through exploration and education. Such open-mindedness has created a business opportunity for chefs that did not exist previously.

Enter Shift Kitchen and Bar. Their mission:  To SHIFT the mentality of the “normal” dining experience. In the tradition of small plates, the kitchen serves food as it is made with the aim of sharing amongst diners. This new approach, located on San Francisco Street, is the brain child of Dara and Joe Rodger, who possess a few decades of hospitality practice between them. Dara claims “a passion for pastry and a penchant for perfection,” and learned alongside Bobby Stuckey and Marc Vetri. Native Arizonan, Joe, has stood beside Jeremy Fox and Aaron London with a local stint at Tinderbox, which brought the couple from Colorado to Flagstaff again.

“Flag won out. The area had more of a need for the concept of an open center with upscale plating,” Joe said. “We’re ingredient-driven and add imagination to create magic on a plate.” A premium example is the coconut sorbet popsicle with honey meringue chips and sticks, coconut snow, blood orange gel and panna cotta cubes. The islands call through the rich coconut and tangy citrus droplets, teasing with textures in a light, engaging, barely sweet, refreshing climax to a meal. “The garnish is playful, tying in memory in an approachable treat to ‘shift’ people to a new level,” Dara explained. END_OF_DOCUMENT_TOKEN_TO_BE_REPLACED