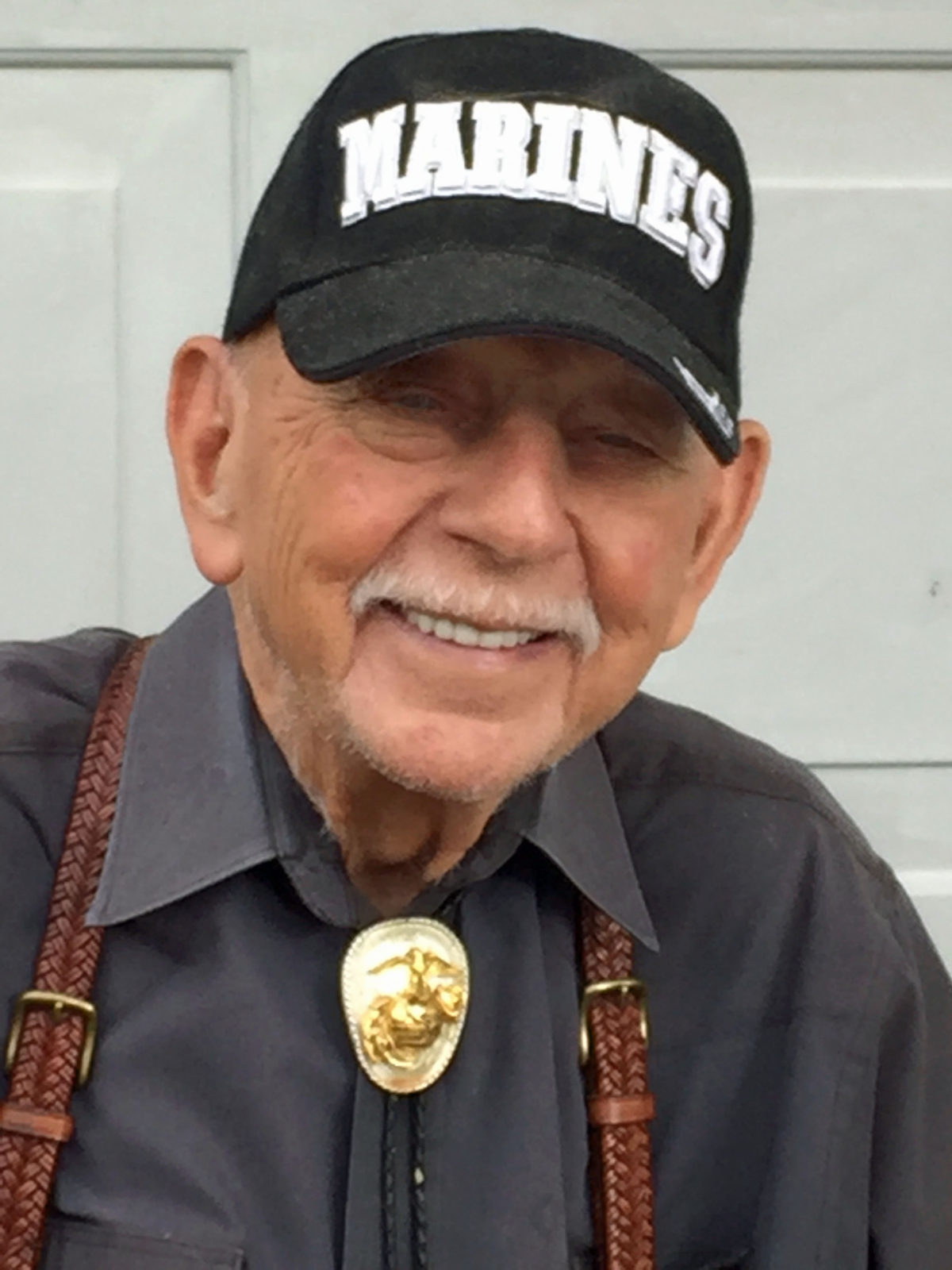 “If we build it, the memorabilia will come to fill it,” Jerry Waxman says of the Katy Veterans Memorial Museum. As a member of VFW Post 9182, Waxman had a vision to honor American veterans and preserve any and all items related to their service. The G.I. Joe style military museum resulted, housing artifacts temporarily loaned or bequeathed to the museum.

Born in 1925, Waxman grew up fast and joined the fight to protect the U.S. after the bombing of Pearl Harbor. He marched to the recruiting office, passed the tests, and he was in. With his ability to play a few instruments, the recruit discovered it was the Marine Corps band, not the war, he was in. He declined, aiming to fight the Nazis. Waxman was told, “You’re a Marine, and we’re not fighting the Nazis; we’re in Asia fighting the Japanese.”

Next, Waxman boarded ship, headed to Asia, where first-time crossers, called pollywogs, were hazed on occasion. Finally in Asia and ready to fight, Waxman was plucked from the ship and ferried to Pago Pago, American Samoa to finish a mural in the Officers’ Mess. Once aboard ship again, Waxman was surely bound for war. “Nope,” he says with a laugh, “this time I was sent for training in Oregon and worked on the camp newspaper.” After that, Waxman arrived in Quantico, Virginia, where part of his artistic project entailed burning script. He worked on a table protected with butcher paper. Beneath it was a map, outlining possible strategic war plans, which the charring process destroyed. “Fortunately, it wasn’t needed,” he says.

After the war, Waxman worked briefly for his father, before continuing with artistic endeavors. His first job involved cartooning Andy Pandy. Later, he designed war exhibits for trade shows under Ed Vick, with connections to Cleveland’s Baseball Hall of Fame. Waxman drew 10 portraits of players for the hall, setting the standard and meeting Ed Bang, sports editor at the Cleveland News for over 50 years. “My work was noticed for the first time, and I was spoiled with attention,” Waxman says.

In 1966, a new opportunity arose in Dallas, Texas, and later, Katy. Waxman was building world class displays for companies, such as Schlumberger, International Petroleum Expositions, and Offshore Technical Conferences.

Waxman combined his design expertise and war experience to lead the efforts for the Katy Veterans Memorial Museum. Vets pooled their talents to refurbish a building located on VFW Post 9182 property. Near completion, Waxman voiced the crazy idea that George H.W. Bush should cut the ribbon at its opening, and a friend got on the phone. “The next thing I knew, I was talking to the former president,” Waxman says. “He told me to call him 41. I wrote a letter to him about the museum, and we’ve been pen pals ever since.” Waxman has several framed letters from Bush proudly exhibited.

On October 16, 1996, 500 people attended the ribbon-cutting. Bush embraced his fellow military personnel that day, saying, “Just as our veterans remind us of what our freedom is all about, we remember what their service was all about. We can never repay the debt they are owed, but we can assure that their actions are never forgotten.” The event put Katy on the map. Soon after, the 82nd Airborne donated several display cases from the Galveston Airforce Museum, among other contributors. Waxman served as curator for the museum for the first year before passing the baton. At age 92, he remains passionate about design and dedicated veterans. KM

Bio: Gail G. Collins writes internationally for magazines, meeting new people and telling their stories to know the world around her better.