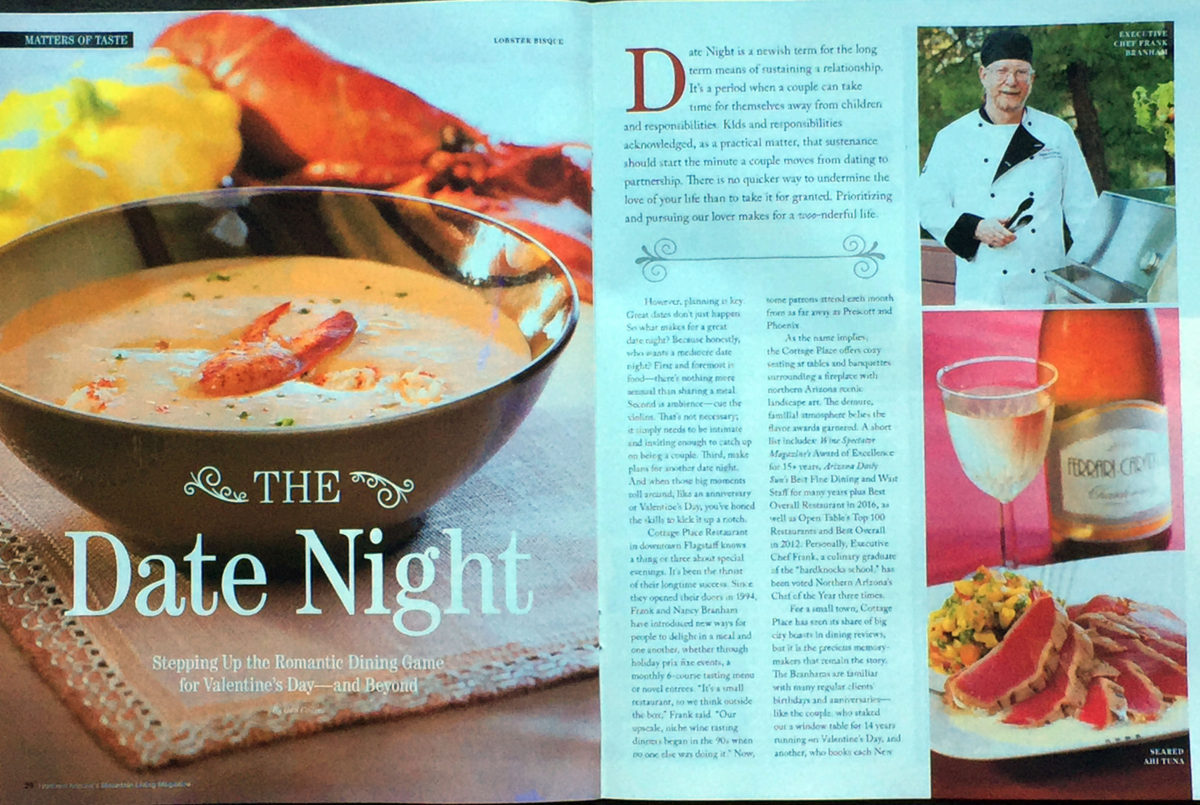 Date Night is a newish term for the long term means of sustaining a relationship.  The Oxford definition reads:  A period when a couple can take time for themselves away from children and responsibilities. Kids and responsibilities acknowledged, as a practical matter, that sustenance should start the minute a couple moves from dating to partnership. There is no quicker way to undermine the love of your life than to take it for granted. Prioritizing and pursuing our lover makes for a woo-nderful life. However, planning is key. Great dates don’t just happen. So what makes for a great date night? Because honestly, who wants a mediocre date night? First and foremost is food—there’s nothing more sensual than sharing a meal. Second is ambience—cue the violins. That’s not necessary; it simply needs to be intimate and inviting enough to catch up on being a couple. Third, make plans for another date night. And when those big moments roll around, like an anniversary or Valentine’s Day, you’ve honed the skills to kick it up a notch.

Cottage Place Restaurant in downtown Flagstaff knows a thing or three about special evenings. It’s been the thrust of their longtime success. Since they opened their doors in 1994, Frank and Nancy Branham have introduced new ways for people to delight in a meal and one another, whether through holiday prix fixe events, a monthly 6-course tasting menu or novel entrees. “It’s a small restaurant, so we think outside the box,” said Frank. “Our upscale, niche wine tasting dinners began in the 90s when no one else was doing it.” Now, some patrons attend each month from Prescott and even Phoenix. As the name implies, the Cottage Place offers cozy seating at tables and banquettes surrounding a fireplace with Northern Arizona scenic landscape art. The demure, familial atmosphere belies the flavor awards garnered. A short list includes:  Wine Spectator Magazine’s Award of Excellence for 15+ years, Arizona Daily Sun’s Best Fine Dining and Wait Staff for many years plus Best Overall Restaurant in 2016, as well as Open Table’s Top 100 Restaurants and Best Overall in 2012. Personally, Executive Chef Frank, a culinary graduate of the “hardknocks school,” has been voted Northern Arizona’s Chef of the Year three times.