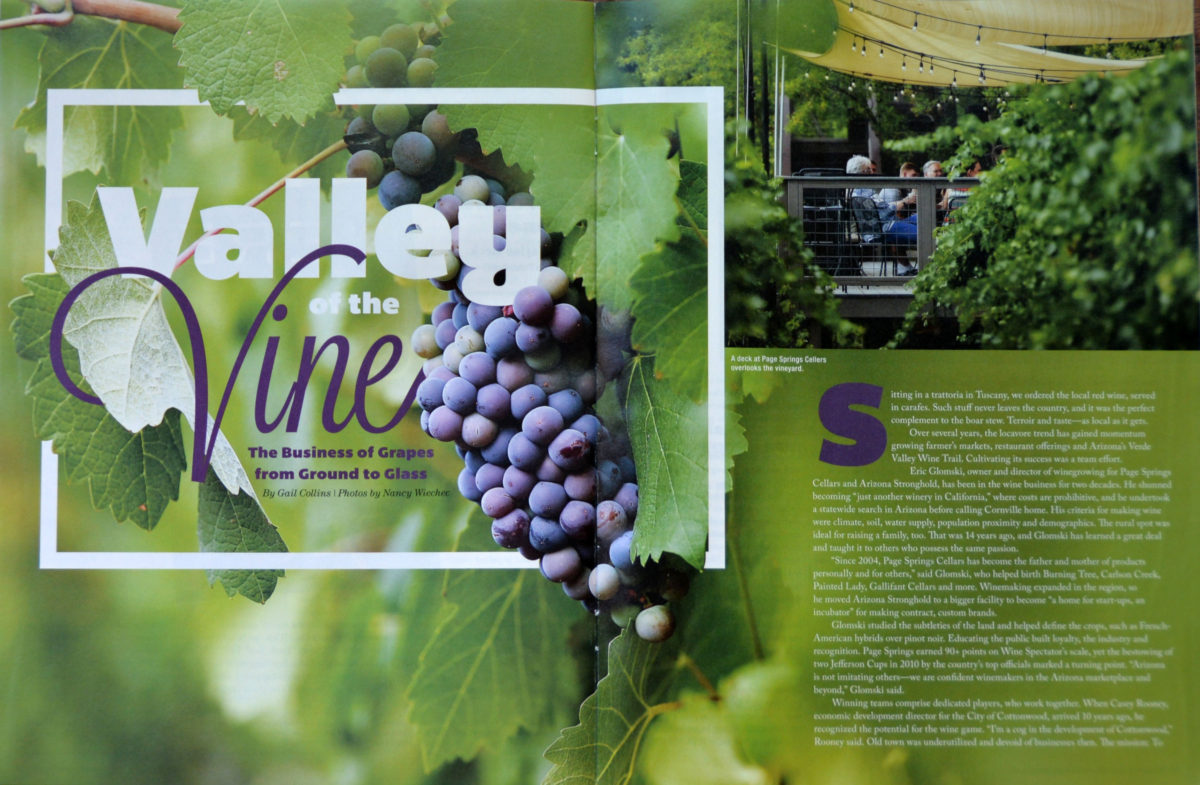 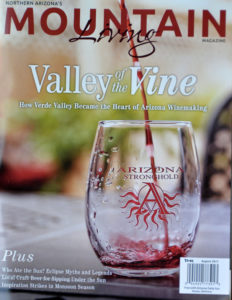 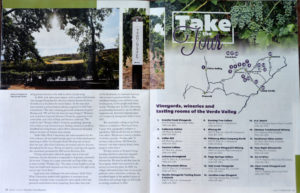 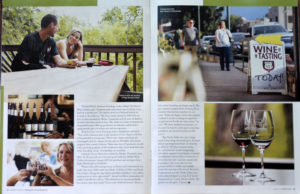 Verde Valley Wine Consortium, the trade association for the wine industry and associated businesses, grew out of this development, launching in 2008. Vice President Paula Woolsey was on board from the start. Also from California, she worked sales for Arizona Stronghold for five years. Noting the need for coaching and support, the consortium premiered the 2010 movie Blood into Wine.

Timing and locale are critical for grapes, due to frosts and monsoons, but the elevation is comparable to Argentina, renowned for its wine. “Grapes are a super-sustainable and high-dollar crop, so water worthy,” said Woolsey. “The water is front-loaded in young vines, but established vineyards can even dry farm in the right areas, such as near Verde River.”

Legal issues also challenged the wine industry. Verde Valley Wine Consortium worked with legislators to overcome many handicaps. Initially, limits on production were raised, which had prevented small farmers from competing. Soon after, they took on the distributors, so customers need not visit a winery to purchase bottles. This introduced tasting rooms and bottle sales in restaurants, “so the people could drink locally,” Woolsey said. In 2012, alternating proprietorships licensed co-ops for efficient equipment use. Interstate shipping began with reciprocity among some states in early 2017.

The next hurdle is designating Verde Valley as an American Vinicultural Area. It gives wine a geographic pedigree or appellation. This brands the area as distinct from others. The process is nearly complete. As for the successes, Woolsey said, “It has been a labor of love. Old town has boomed—the wine industry doesn’t drive property values down.”

Woolsey teaches at Yavapai College, boosting viticulture education alongside the wine consortium’s President Tom Schumacher. He acted as the first dean for the program, which was conceived in the primary community plans. In 2009, the college celebrated its first class of non-credit graduates with a viticulture certificate. An accredited degree in the applied science of viticulture and enology began in 2012 with an enology certificate in 2014.

Michael Pierce, director of enology at the college’s Southwest Wine Center, said, “Students make wine from start to finish, from harvest to production. The degree serves as a business launch or to work in the industry.” The wine center opened in 2014 with an acre of vines donated by Merkin Vineyards, and 12 acres of distinct varieties have been planted since. The Wine Center is a series of repurposed racquetball courts offering production in industry-scaled tanks, aging barrels, plus a bottling area and tasting room.

Students learn about licensing, taxes, compliances and more. “They write a business plan as the capstone of their degree and how to be profitable in companies,” said Pierce said. Apprenticeships are encouraged, and the campus has become an affordable destination program from outside Arizona. There have been 47 graduates overall with a growing program of 103 students to date; most work full-time while attending classes. Scholarships are available.

Graduate Aaron Weiss has worked for Merkin Vineyards since 2015. At 32 years old, he is branching out with the Oddity Wine Collective’s premier vintage 2015 for purchase and tasting at Four Eight Wineworks in Clarkdale.

Winery 101, with tasting rooms in Peoria and Cottonwood, has made wine since 2008 under two labels:   Gallifant Cellars and South Paw Cellars.  Along the way, Gavin and Irlyn Gallifant—two lefties making wine in their right minds—leaned on fellow winemakers, who offered endless and effective advice. “This allowed us to become profitable in a shorter time than usual,” Gavin said. (Full disclosure:  Gavin is this writer’s brother, and lucky am I.) The duo contracts grapes from Arizona Wine Growers Association members to cut costs. “Since we began, we’ve also custom-crushed to avoid investing in expensive equipment we’d only use once a year,” he said. “We have doubled our business in the past 12 months and expect consistent growth in our second location in old town.”

The Verde Valley has lent a large hand in boosting winemaking in Arizona, which has burgeoned from 12 wineries in 2006 to 100-plus wineries today. As a commercial model integrating education, support associations, economic development and ancillary businesses to push tourism and a quality community experience, the wine industry has proven itself as a viable and reliable driver for successes all around. Recently, Cottonwood and the Verde Valley area were acknowledged as a top U.S. travel destination by Lonely Planet Guide. The proof is in the glass—cheers! NAMLM