The Cottage keeps it French and fresh 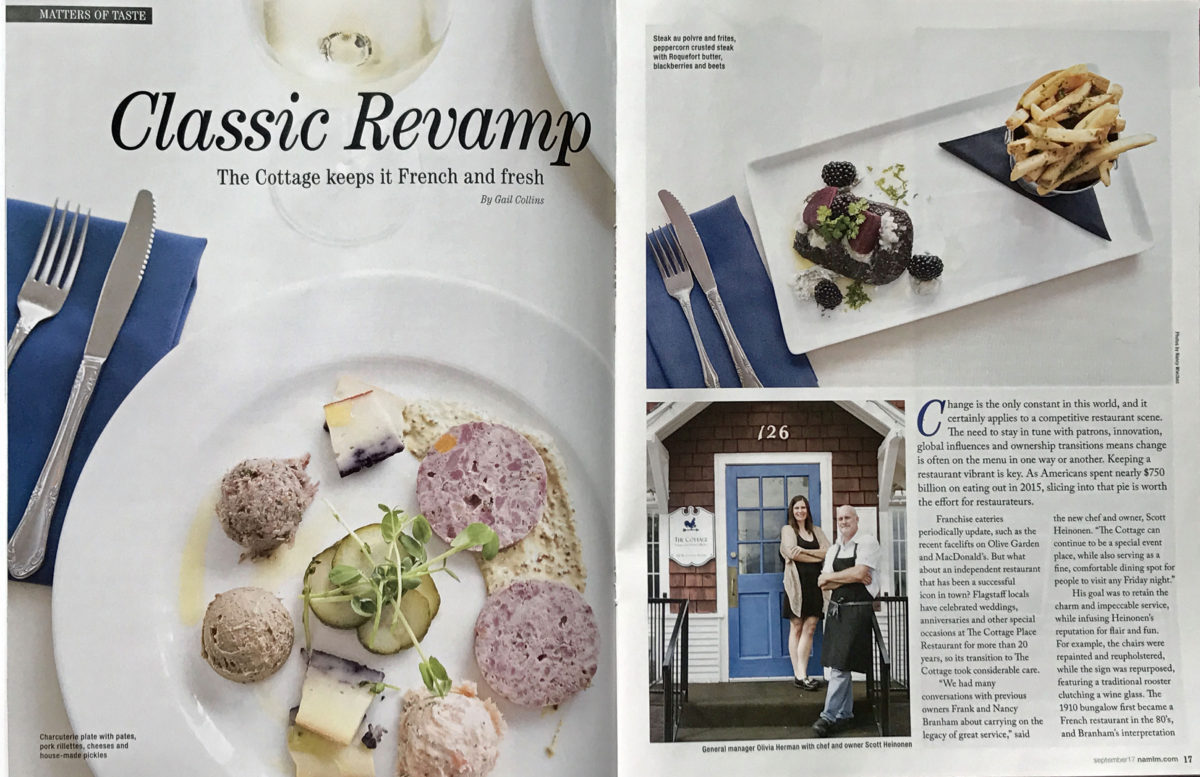 Change is the only constant in this world, and it certainly applies to a competitive restaurant scene. The need to stay in tune with patrons, innovation, global influences and ownership transitions mean change is often on the menu in one way or another. Keeping a restaurant vibrant is key, presenting opportunities for a restaurant revamp. As Americans spent nearly $750 billion on eating out in 2015, slicing into that pie is worth the effort for restaurateurs.

Franchise eateries periodically update, such as the recent facelifts on Olive Garden and MacDonald’s. But what about an independent restaurant that has been a successful icon in town? Flagstaff locals have celebrated weddings and hallmark anniversaries and other special occasions at The Cottage Place Restaurant for more than twenty years, so its transition to The Cottage took considerable care.

“We had many conversations with previous owners Frank and Nancy Branham about carrying on the legacy of great service,” said new owner and chef Scott Heinonen. “The Cottage can continue to be a special event place, while also serving as a fine, comfortable dining spot for people to visit any Friday night.”

His goal was to retain the charm and impeccable service, while infusing Heinonen’s reputation for flair and fun. For example, the chairs were repainted and reupholstered, while the sign was repurposed, featuring a traditional rooster clutching a wine glass. The 1910 bungalow first became a French restaurant in the 80’s, and Branham’s interpretation of French cuisine came a decade later. Now, Heinonen imparts his style, in a concise, evolving menu of French standards with updated taste trends.