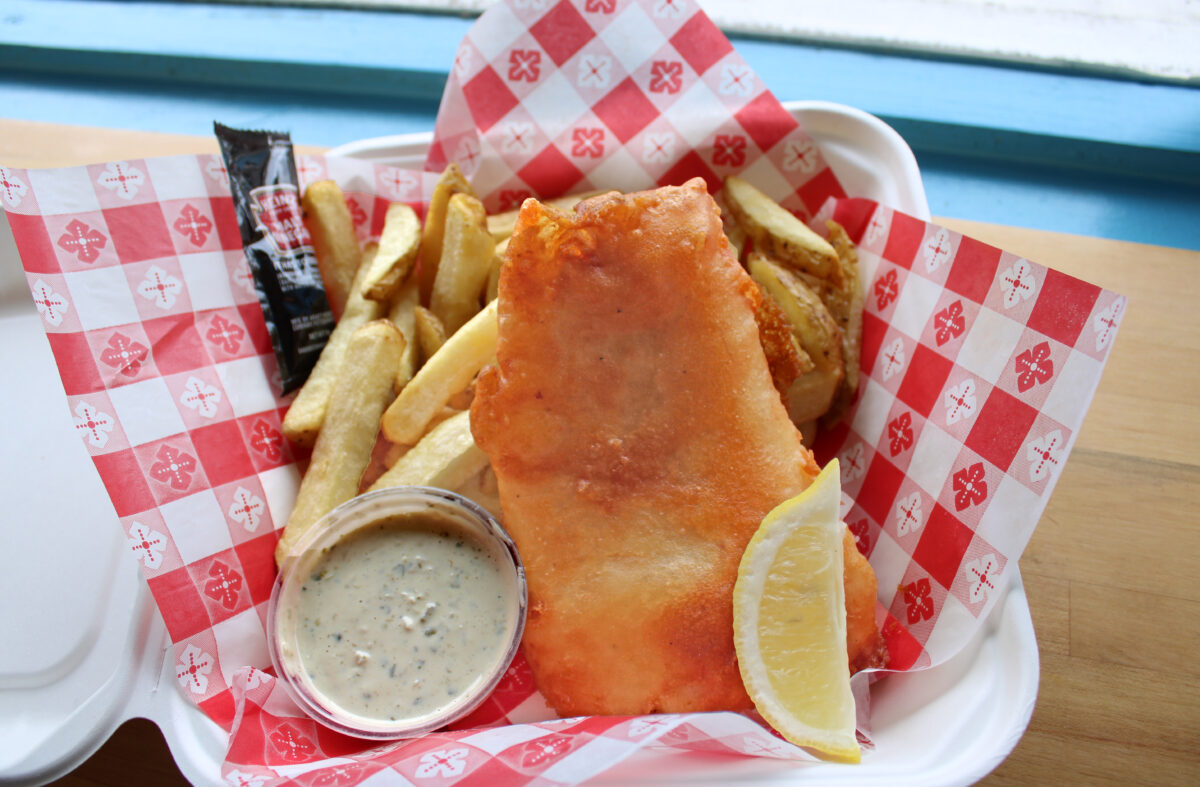 Fish and chips have been a grab and go British classic for nearly 200 years. The earliest references are found in Charles Dickens’ novels, Oliver Twist and Tale of Two Cities, while the original recipe for batter-fried fish was printed in an 1845 cookbook by Victorian chef Alexis Soyer.

Still, the origins are actually even a couple of centuries older. The chips, or fries, are actually from Belgium, and the fried fish arrived with Jewish immigrants from Spain and Portugal. London’s first fish and chips shop opened in the 1860s. Chippies, as the shops are affectionately called, began as the working man’s grub, but crossed all class barriers in time.

During World War II, Winston Churchill referred to fish and chips as “good companions,” and recognizing the role the dish played in morale, did not ration it. As a capper, when the Brits landed on D-Day, they called out, “fish,” to which the response was, “chips,” as means of identifying an ally. It is a worthy legacy for the humble fish and chips.

The combo has staying power and created some iconic sway with Doug Evans. Owner of Jitters Lunchbox, which Evans feels simply fell into his lap, the longtime chef had set his mind set on opening a chippy. Evans’ partner and wife Melodie Platt is Welsh, and her appreciation of the dish and its practical place in a community were instilled by her father.

Evans Fish and Chips opened in late October, but word-of-mouth praise and pics on social media keep the bell on the red shop door dinging with new customers daily.

“I’ve been pleased with the reception of the community,” Evans said. “Everyone has been super kind, and we’re doing more business than I anticipated.”

Located south of the tracks in downtown Flagstaff in Primo Deli’s old spot, the shotgun space mimics a traditional British chippy. The efficient footprint is a bit cramped for seating beyond a short, L-shaped bar, but appeals to take-out customers. Patio seating is in the works. Decked in simple white and steel with sea blue accents and painted board menu with boat cleats, the idea is straightforward—choose from basic items or grab something from the display case and get back to other work at hand.

Like its UK counterparts, the shop also serves late night, post-pint clientele. Close to campus, it is also a growing destination for the college crowd.

This was a new angle for our mountain town, and Evans understood that.

“This is unfamiliar cuisine,” he said, “so I approached it with a bunch of research, trials and taste-testing with people who know.”

Expats emerged and have stopped in regularly to commend the authenticity.