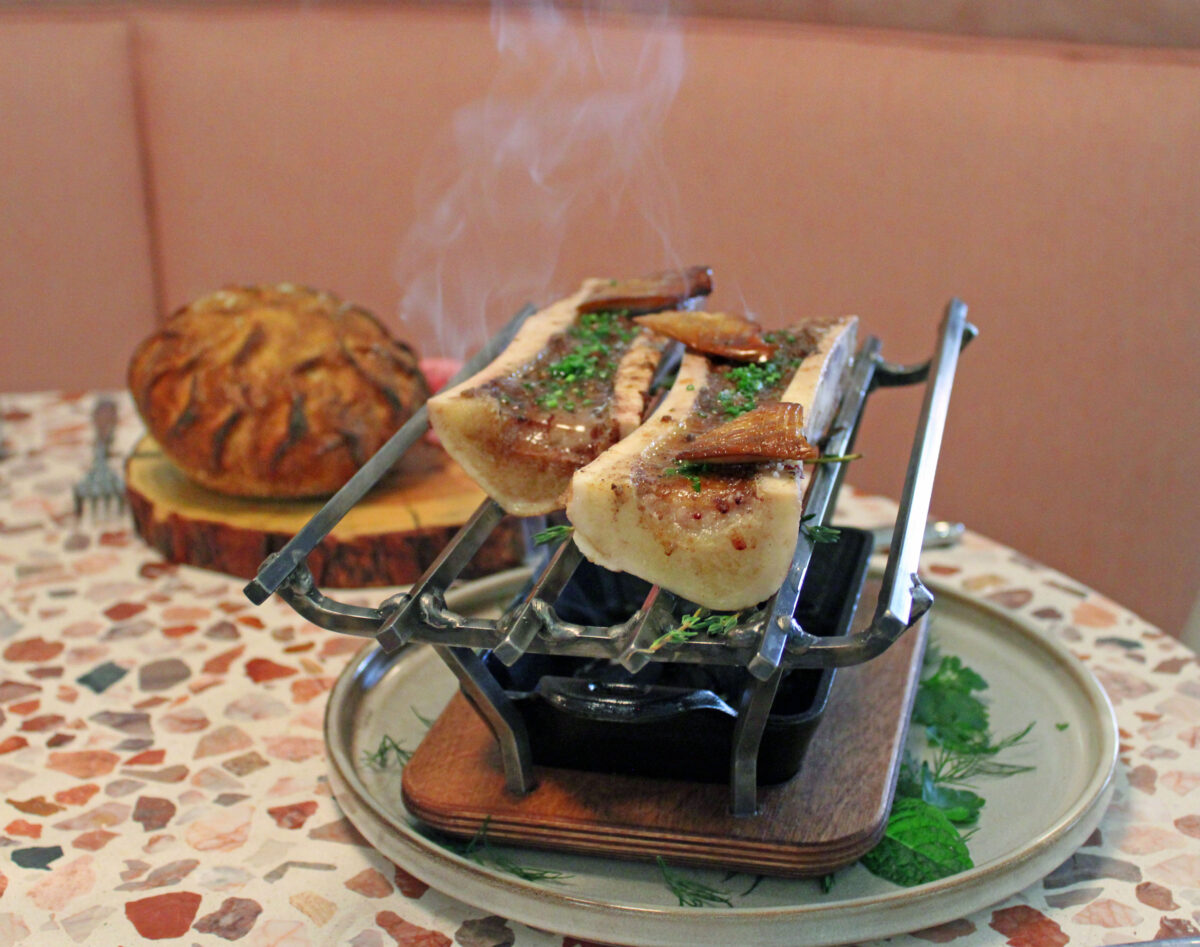 The long, taupe, stone bar solicits patrons to sip a glass of rosé or splash out on bubbly. Or catch a quick, interactive bite at a barstool cornering the open kitchen. It all leans French and begs brasserie. It also delivers as the latest conception from award-winning chef and partner Rochelle Daniel.

The Phoenix native made her mark at Scottsdale’s Fat Ox. She was a finalist on Food Network’s Chopped Grill Masters; touted as one of the Valley’s “Top 5 Sous Chefs” by the Arizona Republic and “Best Sous Chef” by AZCentral before her induction into the Arizona Culinary Hall of Fame in 2017.

Daniel began cooking at the age of 15. While employed at a country club, she peered into the kitchen and longed for the camaraderie there, so offered herself as a cook. Despite lacking any skills, she was hired for her interest and honesty. It was a pattern that would grow her proficiency.

In trailing, chefs work for free on a short-term basis in exchange for experience.

“I was kicked off the line on my first day, but quietly stuck around in the background listening,” she remembers.

The big guys in the kitchen had hazed Daniel, but her perseverance impressed them, and she started work the next day, her birthday. She became the first female chef at Zinc.

Daniel took her cred to L’Auberge de Sedona to revamp and rebrand the property’s restaurants. There, she fell for Northern Arizona, and a partnership with Karan and Kunal Patel plus Barry Levitan created Atria. The hyper-seasonal spot opened in December.

The menu aims are, “Whatever looks beautiful and tastes good—this makes us happy,” Daniel explains.

After endless hours considering menus, sourcing and artistry, she says, “I feel accomplished when it’s plated well, and the joy is better in a small venue versus a large one.”

Care is apparent in standards from seafood to steaks and bespoke pasta, showcasing locally-grown or foraged produce. For starters, the charred shrimp tartare stacks marinated morsels on a smoky, gritty blue corn tortilla with crispy shallot, chili and pickled apple. Served on a bed of black stone and moss, it is sculpture with notes of sharp, smoke and sea.

“It takes me back to my French bistro days,” Daniel says.

The pasta is handmade by Chops Smith. “There is a science behind it—equations to get it perfect,” Daniel says.

The bone marrow arrives, smoking on a grill. “People are afraid of it, but it’s a chef favorite,” hints Daniel. Split bones over hot coals are roasted with garlic, sea salt, plus brandy shallot butter and meaty trumpet mushrooms. It is best accompanied by house bread, a combination of sourdough and ciabatta.

“The sourdough doesn’t linger on the palate, and the good cell structure of the ciabatta makes it chewy, lighter—it doesn’t fill you up,” Daniel says.

Chase it all with a house cinnamon whisky shot as a digestive.

The good news goes beyond Atria with a pub and steakhouse, plus a speakeasy to join the fun on Leroux beginning in 2023. NAMLM