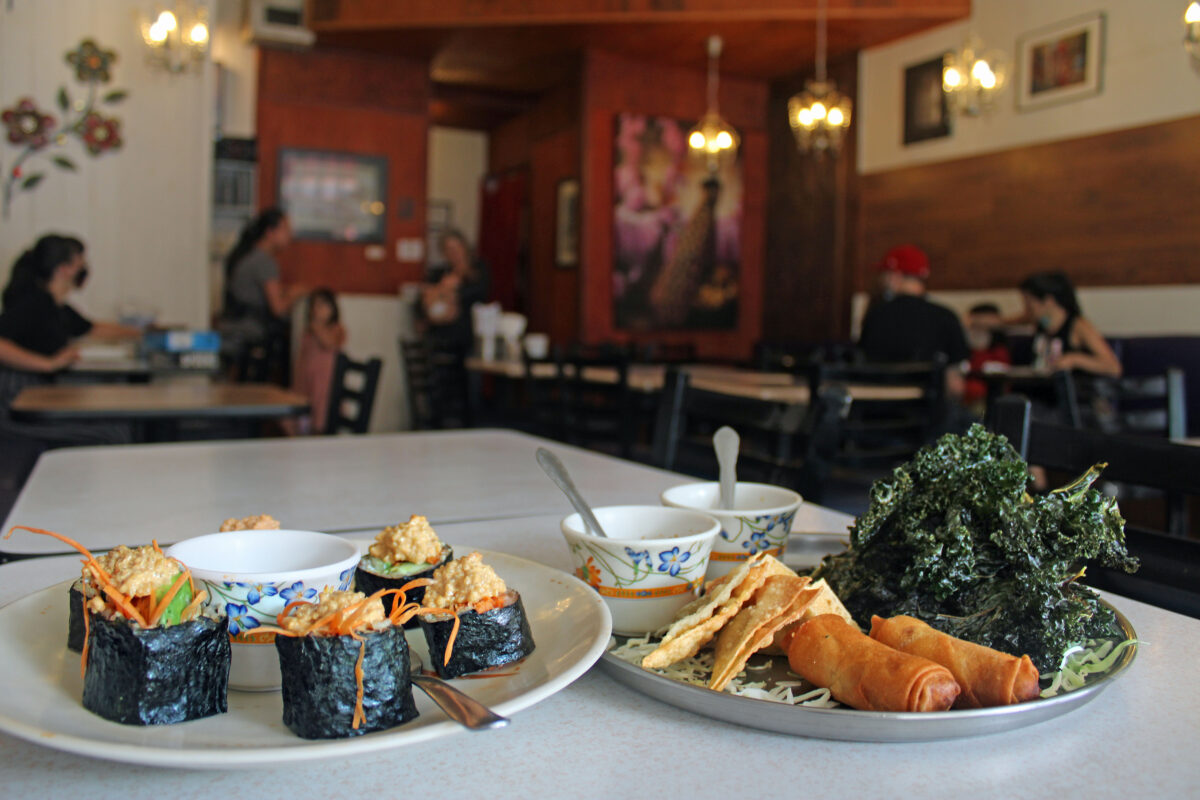 In Thai culture, meals are a social occasion, and dishes are enjoyed family style — the more, the merrier. There aren’t courses, but choices from many categories served together. These include a variety of colorful stir-fries and fragrant curries, plus soup and pineapple or mango for dessert. A mix of sweet, salty, sour and spicy elements creates a satisfying supper.

Each October in Thailand, a vegetarian festival takes place over 10 days in tribute to Taoist belief barring meat consumption or harming animals in order to refine minds and bodies. The event fosters rich traditions and spiritual practices, but also challenges celebrants, clad in white for purity, to free the soul of wrong and cleanse the body as acts of devotion.

“This was a beautiful time in Phuket, and personally, I eat vegan two to three times a week, but in September and October, I am a solid vegan,” she said.

The earnest business graduate grew up cooking with her father for family gatherings and worked as a student in a Thai restaurant, knowing down deep that one day she would open a restaurant of her own.

Tirakul ran herself ragged in the early years to make a success of Dara Thai before she trained up the next generation to take over the reins. After ventures in Taos and Santa Fe, her committed partner, Sasiya Stoneburger, joined her in launching Red Curry in early 2014, the first vegan eatery in Flagstaff. The aim of bringing authentic Thai food as vibrant, vegan fare “… whisk(s) you away to the streets and markets of Phuket,” just as Tirakul hoped.

END_OF_DOCUMENT_TOKEN_TO_BE_REPLACED

Local Restaurants that Cater to the Meatless Diet Crowd

Food is fuel for the body. 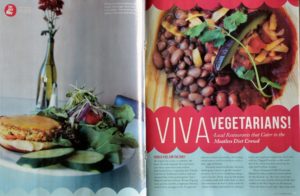 The higher the octane, or nutrition, the better the body responds. For that reason and others, more than seven million Americans choose a vegetarian diet. It tends to be low in cholesterol as well as total and saturated fats, which guard against Type 2 Diabetes and heart disease. Besides forgoing meat, poultry and fish, a vegetarian diet may include dairy and eggs or not. A vegan diet adheres to stricter boundaries, eliminating animal sources and their products, such as milk, eggs and honey. END_OF_DOCUMENT_TOKEN_TO_BE_REPLACED 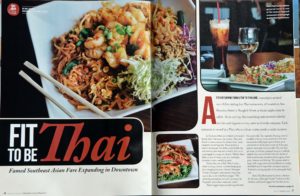 After returning from a trip to Thailand, serendipity awaited me—I’d be visiting four Thai restaurants, all located on San Francisco Street or Bangkok Street, as locals might come to call it. As on our trip, this nourishing task involved colorful stir fries and fragrant curries, eaten in friendly company. Each restaurant is owned by a Thai, whose culture makes meals a social occasion.

In Thailand, dishes are ordered and enjoyed family style—the more, the merrier. The meal doesn’t contain courses, but choices from many categories served together. These include a variety of meat and fish dishes, served with rice and noodles, plus soup and a simple fruit, such as pineapple or mango, for dessert. Within these dishes, a mix of sweet, salty, sour and spicy elements creates a satisfying meal. END_OF_DOCUMENT_TOKEN_TO_BE_REPLACED