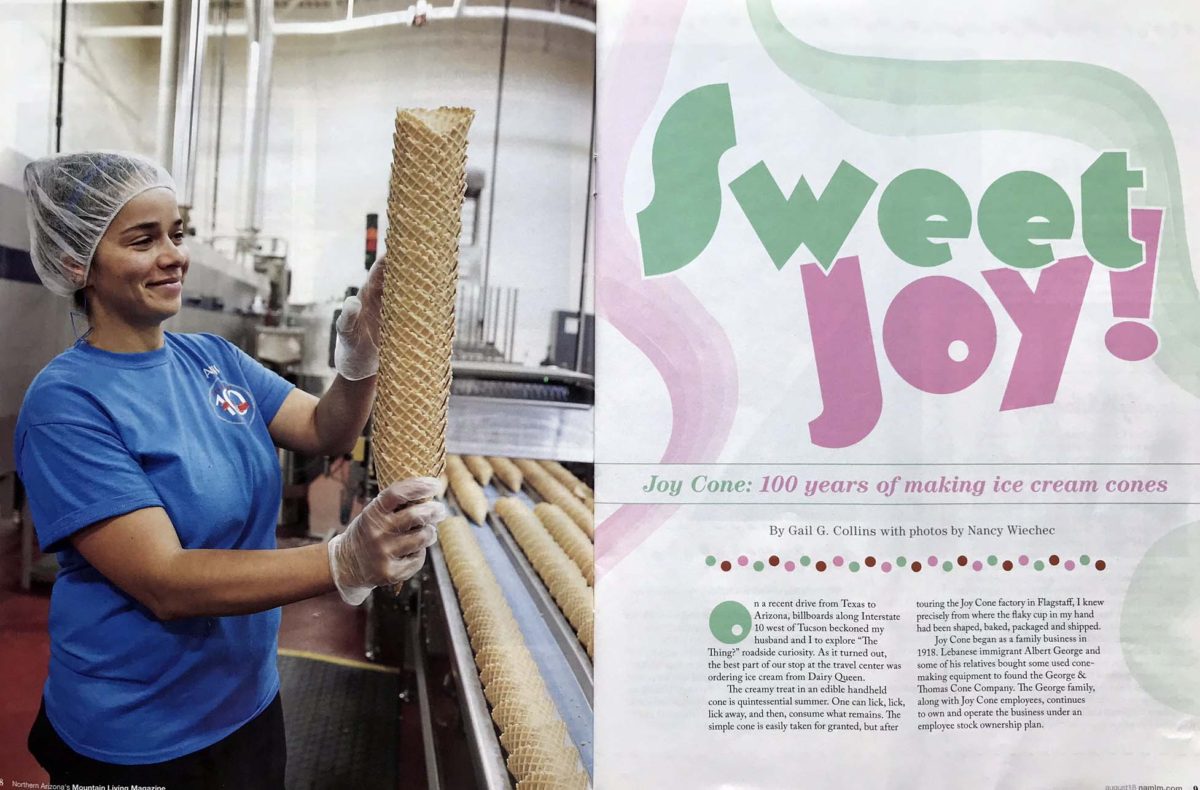 END_OF_DOCUMENT_TOKEN_TO_BE_REPLACED

An Ideal Spot for Lingering 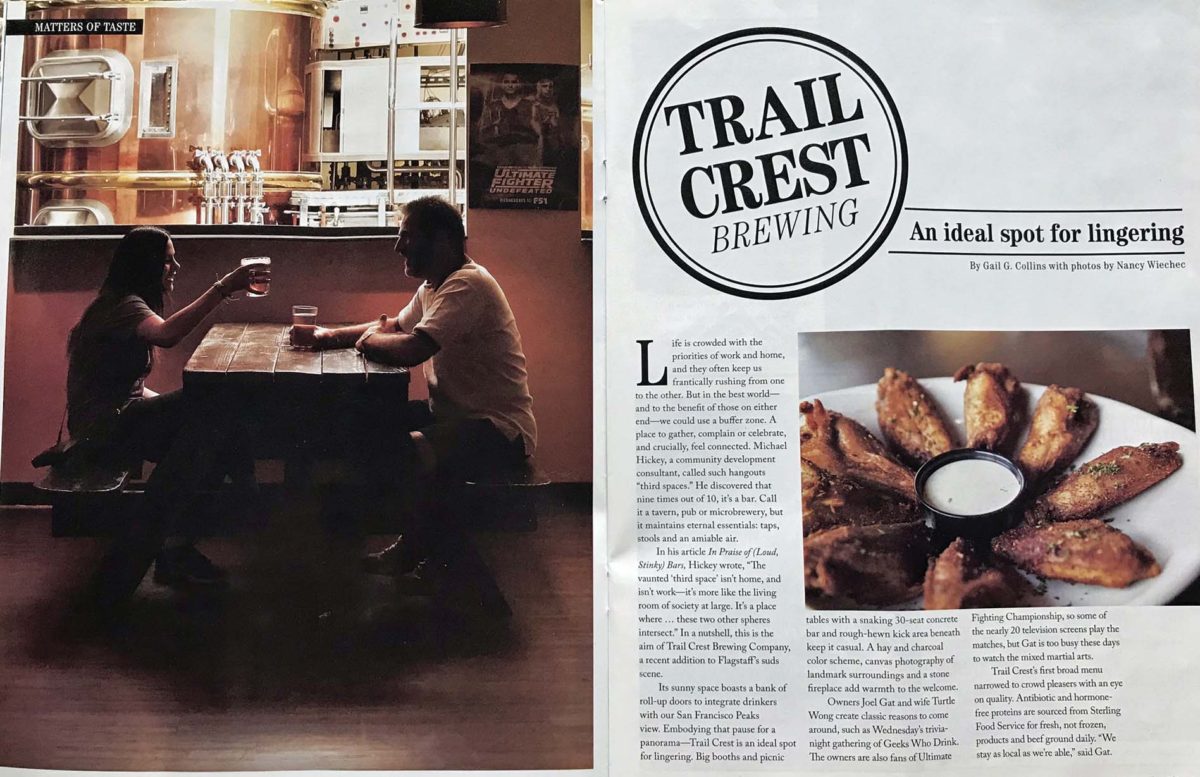 Life is crowded with the priorities of work and home, and they often keeps us frantically rushing from one to the other. But in the best world—and to the benefit of those on either end—we could use a buffer zone. A place to gather, complain or celebrate, and crucially, feel connected. Michael Hickey, a community development consultant, called such community hangouts “third spaces.” He discovered that nine times out of ten, it’s a bar. Call it a tavern, pub, or micro-brewery, but it maintains eternal essentials:  taps, stools and an amiable air.

In an article titled, In Praise of (Loud, Stinky) Bars, Hickey wrote, “The vaunted ‘third space’ isn’t home, and isn’t work—it’s more like the living room of society at large. It’s a place where … these two other spheres intersect.” In a nutshell, this is the aim of Trail Crest Brewing Company, a recent addition to Flagstaff’s suds scene.

Its sunny space boasts a bank of roll-up doors to integrate drinkers with our San Francisco Peaks view. Embodying that pause for a panorama—Trail Crest is an ideal spot for lingering. Big booths and picnic tables with a snaking, 30-seat concrete bar and rough-hewn kick area beneath keep it casual. A hay and charcoal color scheme, canvas photography of landmark surroundings and a stone fireplace add warmth to the welcome.

Owners Joel Gat and wife Turtle Wong create classic reasons to come around, such as Wednesday’s trivia night gathering of Geeks Who Drink. The owners are also fans of Ultimate Fighting Championship, so some of the nearly 20 television screens play the matches, but Gat is too busy these days to watch the mixed martial arts.

Trail Crest’s first broad menu narrowed to crowd pleasers with an eye on quality. Antibiotic and hormone-free proteins are sourced from Sterling Food Service for fresh, not frozen, products and beef ground daily. “We stay as local as we’re able,” said Gat.